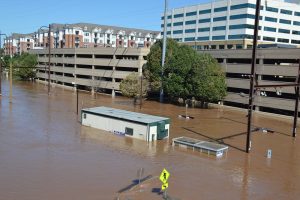 With the catastrophic impacts of climate change seen around the world, there is little time left to act but energy storage has a huge opportunity to be part of the solution, the audience at World Energy Storage Day online conference heard today.

Dr Rahul Walawalkar, the founder and executive director of the India Energy Storage Alliance said that 2021 – 2030 can be “a decade for energy storage,” in his keynote speech. World Energy Storage Day was started up four years ago and hosts an all-day global series of panel discussions, workshops and exhibition strands.

Prime Minister Narendra Modi of India had been scheduled to make the opening address but was unable to attend. Nonetheless, his best wishes and support were conveyed as the event kicked off with sessions on Asia and continued on through the day as Europe, the Middle East and Africa and the Americas joined later on.

Taking place on 22 September as a symbolic date of the autumnal equinox, when day and night are roughly the same length, Walawalkar said that recognition is coming of energy storage as a diverse asset class of different technologies and different applications. Whether on the generation, transmission and distribution (T&D) or customer side, there are different value propositions that can be captured by different stakeholders.

Since 2015, many early adopter hotspots for energy storage have emerged around the world, but as energy storage reaches cost parity with conventional technologies, growth will come much faster as people recognise these different values.

Taking the example of the US, the Federal Energy Regulatory Commission (FERC) has taken steps like its FERC Order 755 ‘pay-for-performance’ rules which established competitive markets for ancillary services. Further FERC Orders such as Order 841 — which seeks to remove barriers to participation in wholesale markets — have demonstrated the role national regulators can play.

However, Dr Walawalkar said, there have been many key developments in the US by state governments like those in California and New York and many others, proving that much can be achieved at state or even city level too.

The world’s energy storage industries in each country can learn from each other and leapfrog, “not just build on incremental improvements,” Walawalkar said. And with manufacturing scale and deployments driving significant cost reductions, Walawalkar added that while there was less than 10GWh of lithium-ion battery manufacturing in 2010, this became 500GWh by 2020 and could exceed the 2,000GWh mark by 2025.

There is significant opportunity for global collaboration, particularly along the supply chain, the IESA executive director said. While the world should be thankful to China for its early lead on investments, COVID-19 has shown that “we cannot rely on one country”.

The need for energy storage is urgent, he said, but the decade ahead is a “once in a lifetime opportunity,” where doubt on the origins and impacts of climate change is being rapidly dispelled by the catastrophic impacts being felt by many around the world.

This “unique opportunity,” he said is a “relay race, not a competition with each other,” with different technologies like long-duration storage, green hydrogen, lithium and non-lithium batteries all likely to have a vital role to play, while incumbent technologies like fossil fuels will still serve their purpose for the next couple of decades — albeit a diminishing one.