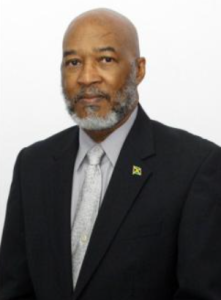 Wind energy producer Wigton Windfarm Limited is partnering with International Electrical Consultants, IEC, on the supply of a photovoltaic or solar system to the airport, under a joint venture agreement.

IEC is owned by a member of Wigton’s board.

It’s the second non-core deal for wind farm operator Wigton, which is focused on diversifying its revenue streams to offset falling income from its wind turbines, some of which are nearly obsolete, and to shake off the effects of the coronavirus pandemic.

“We’re impatient in that we’ve lost two years. We’re more than happy to see that things are opening up and the world is moving forward,” he said.

In March, Wigton announced the acquisition of a minority stake in electric vehicle trader Flash Motors, which is selling imported EVs in Jamaica through auto dealer Stewart’s Automotive. The latest deal is a single-project joint venture agreement with IEC to design, supply, install, test and commission a 2MW photovoltaic system at Norman Manley International Airport in Kingston.

The cost of the system was not disclosed, nor the price that the airport is paying to have it supplied and installed. Barrett referred to it only as a small investment.

IEC is an established engineering and construction firm in the green energy field and is the authorised representative of Capstone Green Energy Microturbines. Its principal shareholder, Nigel Davy, is a director of Wigton. The renewable energy company said that” in entering into both joint ventures with IEC, all requisite corporate governance protocols were duly observed” by its management and board.

Barrett’s reference to ‘both’ joint ventures refers to two agreements with EIC: one related to the airport project and the other regarding future projects on which the two companies will partner. Since the nature of their arrangement is contractual on a “project by project” basis, there was no need to create a company for the joint ventures, he added.

The installation of the airport solar system is under way, with full commissioning expected within two to three months, Barrett said.

“More than the value of the investment, we wanted to be in the space. With the diversification, we are transitioning as an alternative energy company. Most people see us for our erstwhile area of activity in wind but with this small investment we want to make it known that we can do other things,” he said.

“We have some bigger and better projects coming up. Very active discussions are taking place and in due course we will say more.”

The company expects to roll out other projects over the next two quarters.