What Is Renewable Energy?

What Is Renewable Energy?

Renewable energy comes from naturally replenishing sources that do not run out. Renewable resources have an almost infinite lifespan but provide a finite amount of energy per unit of time. Sunlight, for instance, continues to shine even though its availability depends on the time of the day and weather. Renewable energy sources can be utilized for transportation, space, water cooling, heating, and electricity generation. They are divided into solar energy, hydroelectric energy, wind energy, biomass energy, geothermal energy, and hydrogen energy. 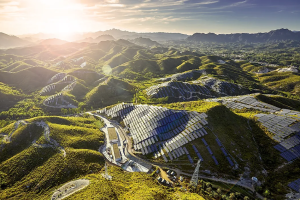 The light emitted by the sun is known as solar radiation and is a part of the electromagnetic radiation spectrum. The amount of solar radiation that reaches any given area on the Earth’s surface varies from one area to another. These rays can be captured using solar energy and transformed into thermal or electrical energy. Thus, solar energy can be used for various purposes, such as electricity generation, interior lighting, and water heating for household, commercial, and industrial use. One of the richest solar resource bases in the world is in the United States. Currently, it is the most plentiful and cleanest renewable energy source. 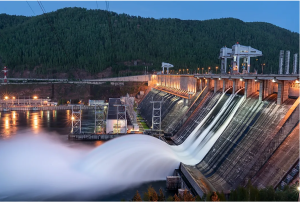 Hydroelectric energy is a type of energy that uses the force of moving water to produce electricity by converting the kinetic energy of moving water into electricity using turbines and generators, which is then used to power residences, commercial buildings, and industrial facilities. Hydropower plants are typically situated near a water source since they rely on water to produce energy. The amount of energy that may be extracted from flowing water is directly proportional to its flow and the elevation change, or “head,” which is the difference in water levels between the hydro input and the hydro discharge point.

At the plant level, water circulates via a pipe, also called a penstock, which rotates a turbine’s blades, spins a generator, and generates energy. This is how most conventional hydroelectric facilities work. People have been using this kind of energy for a very long time now. It was employed by the Greeks more than 2,000 years ago to turn on their mills that grind wheat into flour. Hydroelectricity was the primary renewable energy source in the twenty-first century’s first decade, producing more than 18% of the world’s total electrical output in 2019. 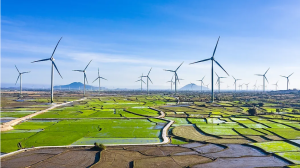 Wind energy uses the kinetic energy of moving air to produce electricity by using wind turbines, also known as energy conversion systems. The blades of a turbine rotate when the wind strikes them, which, in turn, rotates the shaft attached to a generator and converts the kinetic energy of the wind into rotational energy, providing electrical energy via electromagnetism. The size of the turbine and the length of its blades determine how much electricity can be generated by the wind. The output is directly proportional to the rotor’s size and the cube of the wind speed. Wind power is one of the fastest-growing renewable energy sources since it is inexhaustible. According to the most recent data from IRENA, the installed wind generation capacity worldwide has expanded by a factor of about 75 over the previous 20 years, going from 7.5 gigawatts (GW) in 1997 to approximately 564 GW by 2018. 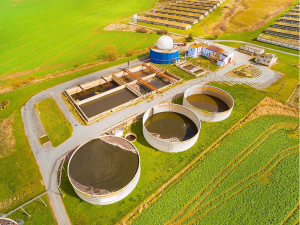 Energy generated by living or dead creatures is known as biomass energy. Plants are the most often used biomass feedstock for energy. Biopower technologies convert biomass into heat and electricity by following similar procedures to those used with fossil fuels. Biopower can be generated in three different ways: burning, bacterial decomposition, and conversion to gas or liquid fuel. Direct combustion is the primary method of producing most of the electricity from biomass. In a boiler, biomass is burned to create high-pressure steam. The turbine blades are rotated by this steam, which further powers a generator that produces electricity. Biomass feedstocks may become non-sustainable if they are not replenished as rapidly as they are consumed. 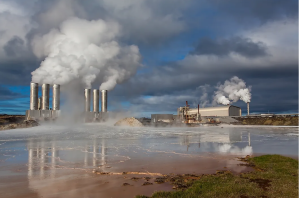 Heat within the earth’s layers is known as geothermal energy. It is created by the earth’s core’s slow radioactive particle decay, which occurs in all rocks. The energy is carried to the earth’s surface by water/steam. Geothermal power plants generate energy using this steam, and are mainly located in tectonically active regions. Steam causes a turbine to spin, which powers a generator and produces electricity. Iceland is one of the world leaders in geothermal energy production.

Hydrogen energy requires utilizing hydrogen and/or compounds containing hydrogen to produce energy. Such energy can be used to perform various energy-consuming processes. Although hydrogen energy development is still in its nascent phase, it holds great promise for the future. It promises zero greenhouse gas emissions and offers flexibility in the choice of energy resources.

With the world’s fossil fuel reserves depleting fast and greenhouse gas emissions from fossil fuels leading to climate change, renewable energy resources have become ever more critical. However, such resource development should not come at the cost of massive environmental damage like loss of wildlife habitats due to dam construction or mass death of birds due to windmill construction. Proper evaluation of renewable energy projects and their responsible implementation can definitely be a game changer in the coming decades.