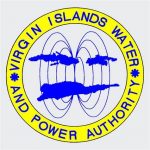 The governing board of The Virgin Islands Water and Power Authority voted Tuesday to approve an increase in the per gallon price of propane fuel. The increase, which will have no effect on electrical rates for WAPA’s customers, comes at the request of VITOL to continue the forbearance the fuel supplier has provided the territory as a result of the COVID-19 pandemic.

“VITOL made the case that the Authority has purchased less propane fuel than was anticipated for its two power plants. As a result, the fuel supplier was adversely impacted in its ability to cover the costs of its fuel deliveries to WAPA,” Kupfer told board members in an emergency meeting.

The proposed five cents increase was sought by VITOL due to the reduction in the volume of LPG fuel WAPA orders monthly. “Originally, WAPA had estimated a need for 240,000 barrels per month, however, as the utility adopted more efficient generating units, and experienced a reduction in generation load since the 2017 hurricanes, WAPA’s monthly purchase was closer to 150,000 barrels.” Kupfer explained that VITOL made certain changes to compensate for the loss in volume but requires the increase to offset the reduction in the quantity of fuel being purchased.

Before voting 6-3 to approve the requested increase, several board members asked Kupfer whether the increase, roughly $300,000 per month, would be absorbed by WAPA’s operating budget and would not be passed on to the customer. “I am confident that we can absorb this increase which allows us to remain in good stead with VITOL while we continue efforts to identify investors to refinance the existing agreement for more favorable terms,” he said.

In response to a specific question on operating costs of oil versus propane, Kupfer estimated that an all-diesel operation at both power plants would cost approximately $3 million a month and would result in increased reliability issues for customers on St. Croix. On St. Thomas, the impact on reliability would not be as critical, but would still be a concern. Board members agreed that the increase in LPG fuel cost of $300,000 per month versus the $3 million cost of an all-oil operation was justified.

All nine board members were present at today’s meeting.