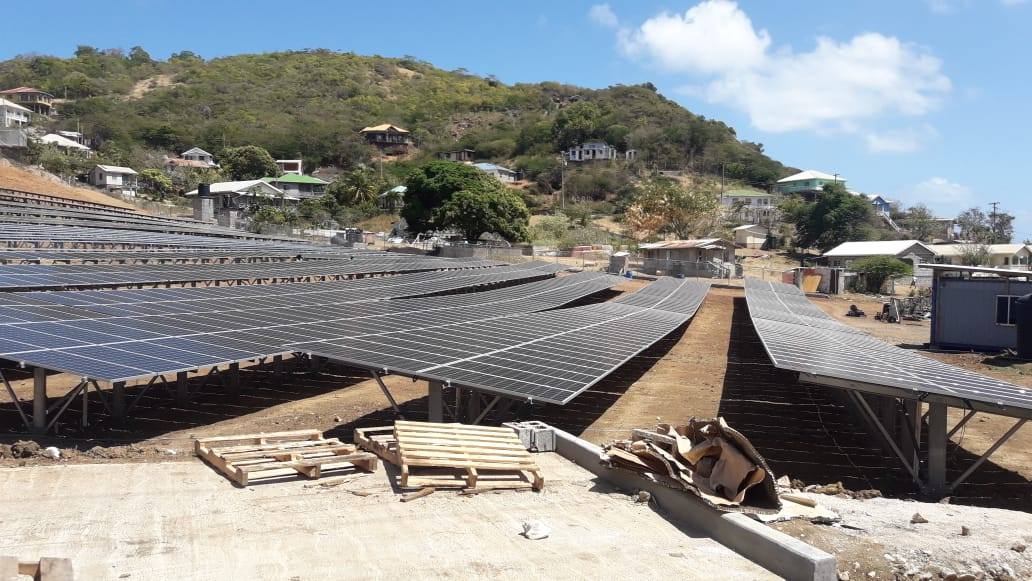 KINGSTOWN A photovoltaic system will be added to the generation mix in Union Island
in keeping with a mandate by St. Vincent Electricity Services Limited ( VINLEC) to increase
the penetration of renewable energy in the production of electricity.

Union Island is an island in the Grenadines that forms part of the 32 islands and cays that
make up St. Vincent and the Grenadines. The Union Island Power Plant which was
commissioned in 1974 provides 580 kW of electricity at its peak load. However, the five
generators at the Power Station can produce a maximum of 1,828 kW. There are currently
1,242 customers on the network.

A photovoltaic system (PV/solar system) is a power system designed to supply usable solar
power by means of photovoltaics. It consists of an arrangement of several components,
including solar panels to absorb and convert sunlight into electricity, a solar inverter to
change the electric current from DC to AC, and other auxiliaries. PV systems convert light
directly into electricity. Union Island is known for its arid climate and clear blue skies,
which are suitable conditions for this type of operation.

The project is being funded through a grant from the United Arab Emirates and the contract
for the project was signed in 2018. Installation of the solar panels commenced in late
January 2019. They are being mounted on the ground using driven piles and the solar
modules will be tilted at 10 degrees. The Union Island Solar PV Plant is located to the
North of the Power Station.

Upon completion, the solar PV plant will generate electricity during the day to supply to
the grid. It is projected that on sunny days, the solar plant will generate excess electricity
than is required to supply the average day-time load on the island. The excess electricity
will be stored in batteries. Once there is limited PV output, the batteries will deliver power
to the load until they have been discharged. At this point the control system will send a
signal to start the diesel generators which will supply the needed load. The diesel
generators will continue to power the load until there is sufficient sunlight for the PV system
to generate power and recharge the batteries.

The expected annual energy output is 1,025 Megawatt-hours (MWh) or 1.025 Gigawatthours (GWh),
which is approximately 32% of the electricity generated in Union Island in 2018.

This will result in approximately one-third of savings on diesel usage and cost, and
also savings in other diesel generator operation and maintenance costs.

The Engineering, Procurement and Construction contractor is Akuo Energy Solutions of the
UAE. They are ably supported by several local civil, electrical and mechanical
subcontractors.

The system is expected to be functional by the end of March 2019. 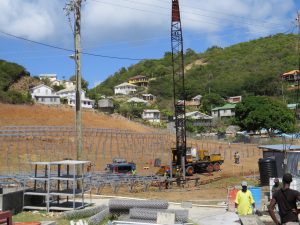 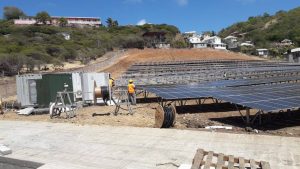