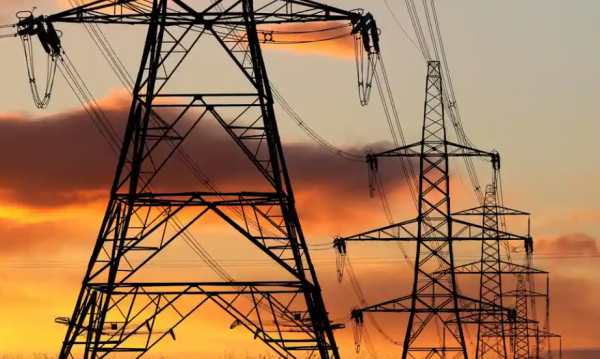 Decarbonisation plan, with almost 40% of power sourced from fossil fuels, is a monumental challenge

As Boris Johnson confirmed plans to decarbonise the electricity grid by 2035, the UK was sourcing almost 40% of its power from fossil fuels, underscoring the scale of the challenge ahead.

The government’s target, announced on Monday with less than a month until the start of the Cop26 climate conference in Glasgow, is a key component of its pledge to reach net zero carbon dioxide emissions by 2050.

That broader effort will probably involve much more widespread use of electric vehicles, and electric heat pumps in the home, meaning the UK must generate much more power but with far lower emissions. The challenges involved are monumental.

How much electricity do we use?

Demand was just under 35 gigawatts (GW) on Monday but that can rise to about 58GW at peak, on cold winter days. Expressed over the course of a year, the UK used about 330 terawatt hours last year, 5% down on 2019, when the coronavirus pandemic dampened demand. By 2035, demand is projected to reach 460 terawatt hours, an increase of almost 40%.

How green is our electricity now?

Last year, wind and solar produced a record proportion of UK electricity, at 43%, eclipsing fossil fuels, at 40%, for the first time. The rest was largely supplied by nuclear power and imports through subsea interconnector cables. Easter Monday this year was the UK grid’s greenest day ever, with low carbon sources hitting almost 80%, thanks to sunny spells, blustery winds and low holiday demand.

But when conditions are not ideal, it is invariably gas that picks up the slack. Gas emits significantly less carbon than coal, which has been almost eliminated from the UK power mix and should be gone altogether by 2024, but meeting climate pledges means massively reducing gas usage.

What needs to happen?

The Climate Change Committee (CCC), an independent body launched in 2008, estimates that the carbon intensity of electricity generation needs to fall significantly on the road to net zero. The amount of CO2 emitted per kilowatt hour would have to fall from 220g in 2019 to 10g in 2035.

After crunching the numbers, the energy advisory firm Cornwall Insight believes this requires a massive ramp-up of wind and solar to meet up to 86% of electricity demand inside 15 years.

Would that do the job?

Not even close. Renewables need reliable backup because of their volatility. Cornwall Insight’s projection adds in 15GW of capacity supplied by interconnectors, 5GW of nuclear power and a further 16GW of gas or biomass plants that use carbon capture and storage technology to reduce CO2 emissions drastically.

The CCC’s projections include gas plants being converted to run on hydrogen and meeting about 5% of demand.

Storage is absolutely key, to ensure surplus renewable energy can be saved up on sunny, windy days for release when conditions are less favourable. The CCC’s plan, the “balanced pathway” to net zero, envisages a wind and solar-dominated grid backed up by 18GW of battery storage capacity by 2035. Battery capacity is at just 1.3GW now, although 20GW of projects are in the works.

Hydrogen storage is another option, using electrolysis to extract “green hydrogen” from water, which can be kept for long periods of time and then burnt to regenerate the electricity or used to replace fossil fuels in applications such as transport.

This is not to be confused with pumped hydro storage using water, which involves pumping water uphill and then using the downhill flow to generate electricity.

One hope is that electric vehicles can be used as batteries to store electricity and release it as needed, when the cars are not in use. But local and national power grids need to be smarter to make that work, while a surge in the number of EVs also creates extra overall power demand.

How much will this cost?

Cornwall Insight estimates that investment of up to £200bn will be required to bring online the wind, solar and battery power needed for a renewable-powered UK. The CCC says investment must reach £50bn a year by 2030.

Still though, no more gas?

Not quite. The conventional wisdom is that some level of gas capacity needs to remain on the system, even if it barely contributes more than a few hours of supply here and there. The idea is that it stands ready to provide quick bursts of power when required, at short notice.

Nuclear power plants cost a lot, take years to build and have many vehement opponents, who say they simply do not count as green energy. However, they are capable of generating a large amount of electricity without carbon emissions.

The big problem is that most nuclear reactors are scheduled for retirement soon. The current fleet offers capacity of about 8.9GW, satisfying about a sixth of UK demand. But more than half of that is due to come offline by the end of 2024 alone, starting with Hunterston B later this year. Assuming there are no further delays, the new Hinkley Point C reactors do not fire up until 2026 and 2027.

The picture has been complicated by reports that the UK government is looking to eject China from nuclear projects. Nuclear enthusiasts hope the 2035 target signals strong backing for EDF’s Sizewell C, in Suffolk, as well as Wylfa Newydd on Anglesey, which has struggled to get going amid investors’ funding concerns. Throw in plans by Rolls-Royce for small modular reactors, colloquially known as mini nukes, and capacity could reach 15GW by 2035.

The gamechanger for nuclear could be something called regulated asset base financing, which the government is exploring. That should offer guaranteed returns for investors, attracting much-needed additional backing.

From a technical perspective, yes, but there are significant policy hurdles to overcome. Energy industry lobbyists point to slow planning consent, infrequent windfarm auctions and insufficient grid infrastructure. Many experts believe the energy market needs to be totally redesigned to adapt to changing needs, potentially overseen by a new body.

Helping consumers reduce demand is also important. Energy suppliers have a role to play there but are under increasing pressure because of the surge in gas prices that has resulted in 12 failing this year, with more expected to follow.