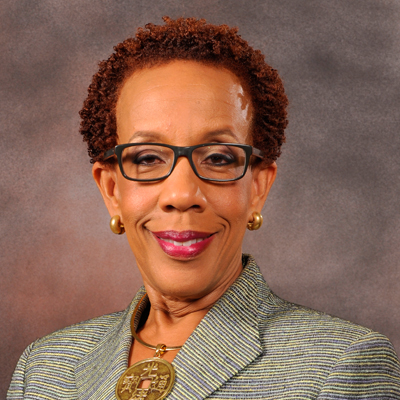 For many years she was the only woman in an Executive team which successfully led the merger, of three indigenous banks, during a severe economic downturn, turning the merged Institution( First Citizens Bank) into a financial powerhouse with operations in five jurisdictions in the Caribbean and Latin America.

Ms. Christopher has a particular interest in developing people ( particularly women) for leadership roles. She believes that a person  cannot effectively lead others unless she first learns to lead herself.  Her clients include women and men in various sectors within the Caribbean and North America.

In addition she has held and continues to hold Directorships on numerous other Boards, of both local and regional companies and of charitable organizations. She also has significant Corporate Secretarial experience, having been a Corporate Secretary for almost three decades. She holds the Designation of Accredited Director.

She has delivered several presentations at local , regional and international conferences.

Ms. Christopher is the holder of a Bachelor of Laws Degree (Upper Second Class Honours) from the Cave Hill Campus of the University of the West Indies and a Legal Education Certificate from the Hugh Wooding Law School from which she graduated as the Most Outstanding Student. She also holds a Master of Laws Degree from the London School of Economics and Political Science.  She has been certified to be a facilitator/coach by Leadership Management International.