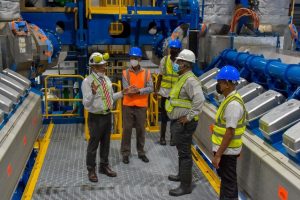 Guyana will soon get energy from two forthcoming generation projects and the Guyana Power and Light (GPL) is moving to establish a new substation at Eccles on the East Bank of Demerara (EBD) that will help the company expand its reach and consolidate operations.

And GPL’s Chief Executive Officer (CEO) Bharat Dindyal said that a forthcoming “state-of-the-art” Eccles substation will be instrumental in distributing the power generated at these two projects.

Two transmission lines, he explained, will transmit the power generated from natural gas at Wales to the Eccles substation. 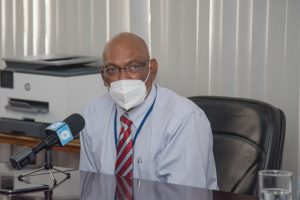 “From Eccles, there’s going to be an interconnection to our existing substation at Sophia (on the East Coast of Demerara) but we’re hoping eventually that the 230 KV transmission will be extended to Williamsburg on the Corentyne,” Dindyal said at an energy roundtable discussion at the Marriott Hotel on Thursday.

He added, “The future of the system will see not only power being dropped off in Georgetown but in the West Coast of Berbice because there’s going to be tremendous development we expect there.”

Similarly, power generated from the Amaila Falls hydropower project will be fed into this new Eccles substation and distributed to other parts of the country.

Guyana has some of the highest electricity rates in the Americas and is about 97 per cent dependent on imported fossil fuels, mainly diesel- that have harmful environmental effects.

Last year, the country spent US$150 million to generate electricity.

The main power grid- the Demerara Berbice Interconnected System which is managed by GPL, supplies 78 percent of the country’s energy needs. The peak demand last year was 126 Megawatts; in the next five years that will jump to about 500 megawatts.

With this expected growth in demand, Dindyal said that GPL is seeking to consolidate operations, a feat that should take about eight years given the work and investment needed.

And the new Eccles substation will be the country’s new national control system.

“By the time this is completed, we expect to have all of our isolated systems in Essequibo Coast, Leguan, Wakenaam, Bartica and Linden integrated into the national system,” the GPL CEO highlighted.

Dindyal also noted that GPL is now seeking to automate the entire system to help it operate more efficiently.