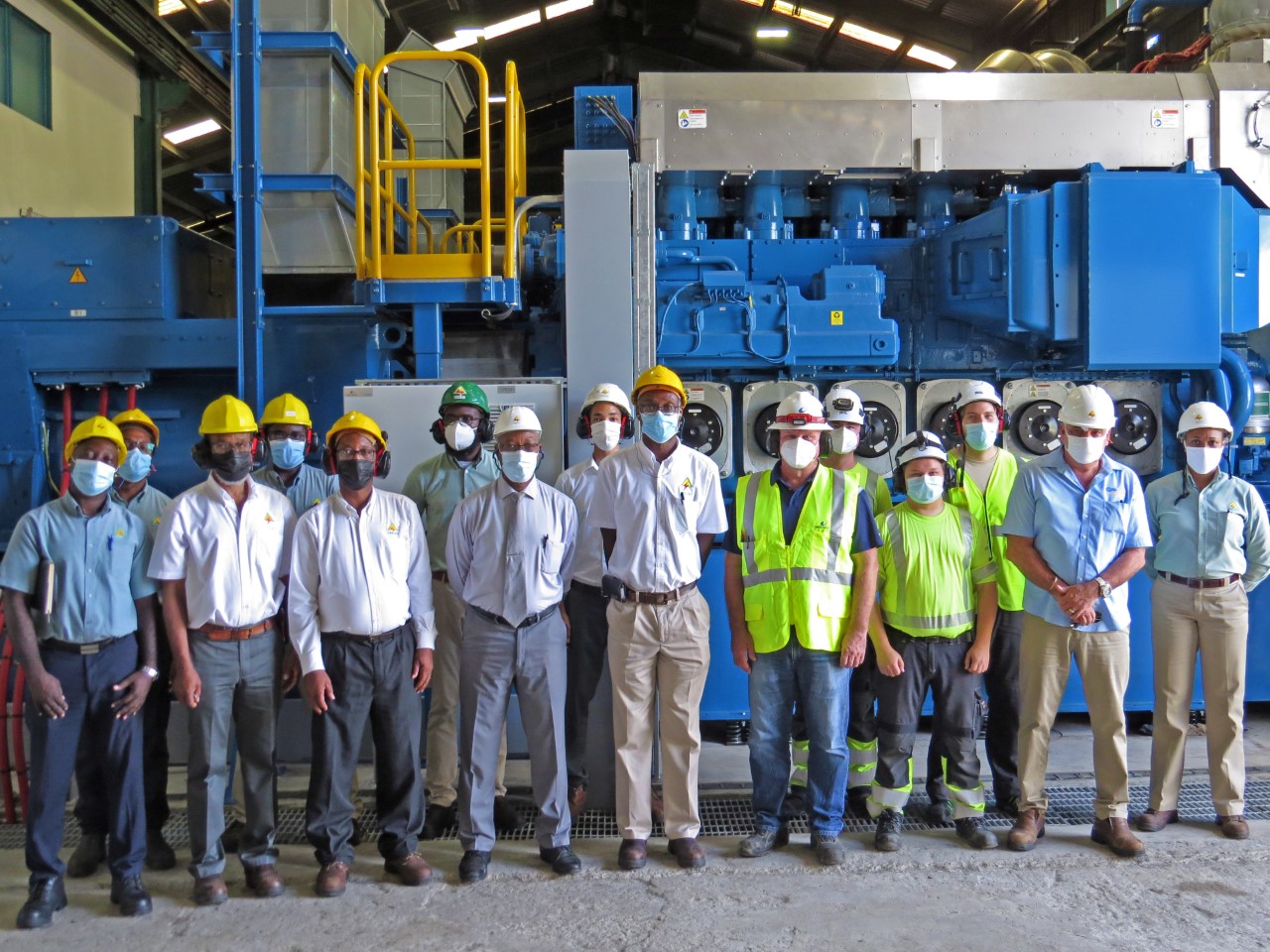 After months of tedious work, two Wärtsilä engines, which were installed at the Cane Hall Power Station earlier this year, were officially handed over to St. Vincent Electricity Services Limited on November 8th 2021. The engines were installed as part of a generation expansion project that began in November last year. The sets (Wärtsilä 6L32) arrived in the state in July and are each rated at 2.9 MW.

Representatives from Wärtsilä, the engine manufacturing Company, and VINLEC witnessed the signing of documents to the Cane Hall Power Station yesterday. VINLEC’s Manager, Engineering, Dr. Vaughn Lewis expressed the Company’s pleasure in working along with Wärtsilä. “Through COVID-19, through a volcanic eruption, through the tail wind of a hurricane, you stuck with us,” Dr. Lewis said. Commissioning Lead Engineer – Wärtsilä, Mr. Dimitry Peshkov noted that the project was tough but they managed to complete their tasks close to the November 5th deadline. “Our team was quite small…its amazing that we did it,” said Peshkov. The commitment to the common goal is said to be the reason for the project’s success.

The representative from Wärtsilä also expressed gratitude to contracting companies, Ruddy’s Electrical Contracting Company Limited and MAC Construction Inc., that assisted with some aspects of the civil works on site, noting that they contributed to the overall success. VINLEC’s Generation team assisted with the integration of the generators into the power station system. “Holistically, it was excellently done, a great team effort from both parties,” said Mr. Mark Lulley, VINLEC’s Project Manager.

Chief Executive Officer of VINLEC, Mr. Thornley Myers, was also on hand to witness the symbolic handing over of the units. Mr. Myers called on the staff to work to ensure these new units operate efficiently and to manage them well. “They would be an important part of our armory in providing power to the country,” Mr. Myers said. He noted that 5.8 megawatts represent approximately 25% of the peak demand so any point in time, while they may not be running continuously at 5.8 in total, they will constitute a significant part of the generating capacity of the Cane Hall Power Plant. 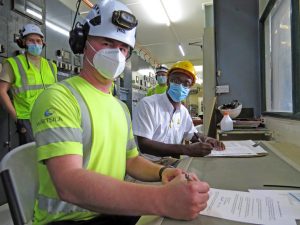