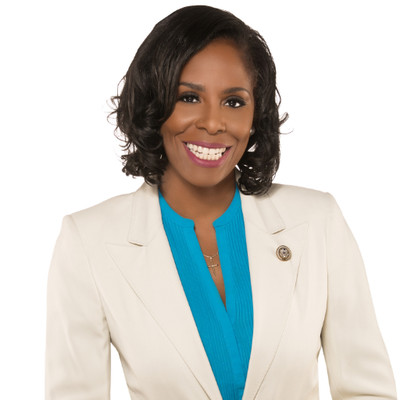 CARILEC is also pleased to have confirmed US Congresswoman Stacey E. Plaskett as a key note speaker. Congresswoman Stacey E. Plaskett represents the United States Virgin Islands’ at-large Congressional District in the United States House of Representatives. Stacey currently serves on the House Transportation and Infrastructure Committee, as well as the House Committee on Oversight and Reform. She is also a member of the House Committee on Agriculture. where she serves as the Chair of the Subcommittee on Biotechnology, Horticulture and Research. Stacey serves in the Democratic Caucus as a Senior Whip. She is also a member of the Congressional Black Caucus, and the New Democrat Coalition where she is the Co-Chair of the Taskforce on Infrastructure. The Congresswoman is a Co-Chair of the Congressional Caribbean Caucus.

As a member of the Transportation and Infrastructure Committee, Stacey pushes for improvements to critical infrastructure in the U.S. Virgin Islands and the insular areas, as well as the development of economically depressed rural and urban areas. She sits on three (3) Subcommittees: Aviation, Coast Guard and Maritime, as well as Transit and Highways. As a former attorney working in Public Finance law, she sees the importance of Public Private Partnership (P3s) and works to create constructive innovative mechanisms for incentivizing economic development in underserved areas in America. On the committee, Stacey also works to ensure the federal government is responsive to the needs of Americans in disaster-stricken areas.

As a member of the Committee on Agriculture, Stacey works to ensure that the Virgin Islands and other rural communities receive adequate funding for necessary programs aimed at rural development including public infrastructure development, high speed internet access, and small business support. She also works to protect programs that provide needed supplemental assistance to hardworking families. She sits on the Commodity Exchanges, Energy and Credit Subcommittee, Livestock and Foreign Agriculture and Chairs the largest Subcommittee in Agriculture – Biotechnology, Horticulture and Research. The Subcommittee works on policies that impact fruits and vegetables; the growing organic agriculture sector; honeybees; the pests and diseases that threaten our plants and livestock; bioterrorism and protection of our food supply; cutting-edge agriculture research and agricultural biotechnology. Plaskett will endeavor to help advance regulations and ideas that support innovation and production of existing farmers and make sure research is relevant to our American farmers.

As a member of the Committee on Oversight and Reform, Stacey employs her skills as a former prosecutor to ensure accountability and transparency both within government and private sector entities whose operations impact the Virgin Islands community and communities across America.

Plaskett is a staunch advocate for poverty reduction and equal voting rights and is well versed in Caribbean economic development and public-private partnerships for growing the economies of developing areas. She earned her undergraduate degree from Georgetown University School of Foreign Service, and her Juris Doctorate from American University’s Washington College of Law. The Congresswoman has a long history of public service having started as an Assistant District Attorney in the Bronx DA’s office as well as having worked as a political appointee at the Department of Justice where she served as Senior Counsel under both Deputy Attorney General Larry Thompson and his successor James Comey. There she worked on the September 11th Victims Compensation Fund, The Terrorism Litigation Task Force, advanced the DOJ Diversity Initiative to increase minority attorneys, and was the lead political attorney on the RICO case against the tobacco companies US v Phillip Morris, et. al. In the Virgin Islands she served as General Counsel for the Virgin Islands Economic Development Authority charged with the economic development of the US territory and also worked in private practice as counsel and transactional attorney for numerous companies.