JPS has announced an extensive vegetation management control programme, even as it remains in preparation mode for this year’s Atlantic Hurricane season, which is expected to be extremely active.  The Company has been carrying out vegetation control along its lines, as part of ongoing maintenance work throughout the year, but is now escalating the programme, to minimize the impact of high winds which may bring trees and other vegetation down on its lines.

JPS Director of Distribution Operations, Roger Kennedy, emphasized that this is just one of the key elements of preparation for the season. “We are aware that our preparations over the years have made all the difference in carrying out restoration activities after a hurricane. With each ensuing Hurricane – the last major one to make landfall being Sandy in 2012 – restoration periods have been shorter and more efficient.”

Bushing activities have been taking place in all 14 parishes, in both rural and urban areas. Some of the communties in the capital city and environs, which were recently addressed include: Sections of Pembroke Hall, Duhaney Park, Mona, and Golden Spring to Mount Prospect, among others. While over in western Jamaica, teams have been working on Negril Boulevard, Irwin Point, Portobello, Rhyne Park and Rosevale. Central Jamaica has also seen significant work on several thoroughfares serving communities in the region. These included most recently, the Williamsfield Main Road, Royal Flat Main Road and the Winston Jones Highway among roadways.  The same is true for the eastern section of the island, which saw major work in Nonsuch, Windsor Castle and Moore Town.  Teams are continuing in the weeks and months ahead to conduct islandwide vegetation control.

Additionally, the Company is continuing to carry out other important hurricane preparation activities, including stockpiling materials, simulation activities and ongoing training for key personnel. 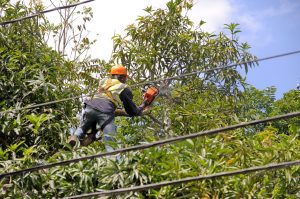 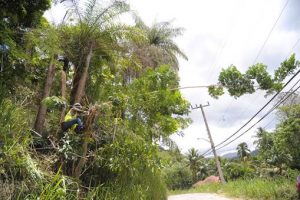