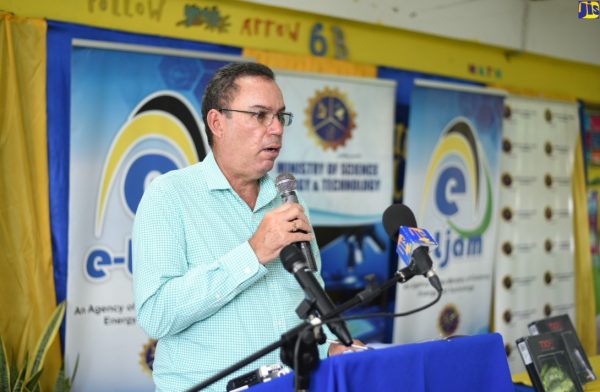 Minister of Science, Energy and Technology, Hon. Daryl Vaz, says that plans are being put in place to procure up to 268 megawatts of electricity generation from renewable sources by 2025.  This includes energy from solar and wind technologies, with 70 megawatts from hydro, biomass and waste technologies.  “It is my priority to have the Generation Procurement Entity established and given a charge to expedite the procurement process. Their first order of priority will be to define the rules and protocols to govern procurement,” Minister Vaz said.

He was addressing the virtual meeting for the 12th Caribbean Renewable Energy Forum held recently.  The renewable energy target is in keeping with the Integrated Resource Plan (IRP), which is a 20-year road map for Jamaica’s electricity investment landscape.  It envisions that 33 per cent of electricity generation by 2030, will be met from renewables and 50 per cent by 2037.  “Over the life of the Plan, US$2.8 billion of investment is anticipated to further modernise our energy sector,” Minister Vaz said.

Currently, there are 17 utility scale renewable energy projects in Jamaica. In 2019, a total of 473,601 megawatt hours of electricity was generated from utility scale renewable projects.  Minister Vaz noted that Jamaica has set its sights on diversification of fuel sources to break the country’s dependence on imported fossil fuels, while increasing energy security.  “It is imperative that as countries across the region, we collaborate and develop our renewable energy capacities and systems in an effort to guarantee the quality of life of our peoples and strong economies,” he said.

“So crucial are these efforts in renewables, that the International Renewable Agency (IRENA) forecasts that doubling the share of renewables in the global energy mix by 2030, would increase global gross domestic product (GDP) by up to 1.1 per cent or US$1.3 trillion and increase direct and indirect employment in the renewable sector to 24.4 million by 2030,” he noted.  Mr. Vaz said that doubling the share of renewables would also have a positive impact on global welfare, increasing it by 2.7 per cent compared to a 0.6 per cent GDP improvement.

“If achieved, through higher electrification of heat and transport, global welfare would further rise by 3.7 per cent,” he pointed out.  The 12th Caribbean Renewable Energy Forum was held from October 28 to 30 and discussion focused on the topic ‘How do we make a winning case that clean and resilient energy should be the cornerstone of economic recovery across the Caribbean?’.