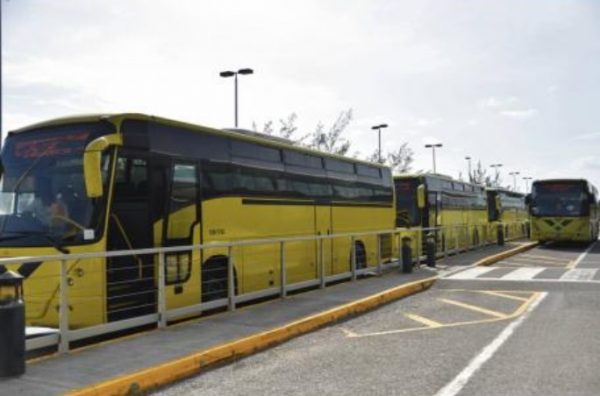 The Jamaica Urban Transit Company, JUTC, is a step closer to having a diversified fleet after a near one-year pilot of running some buses on liquefied natural gas, or LNG.

General Manager Paul Abrahams says the five buses in the pilot operating out of Portmore depot have proven cost-effective in relation to their maintenance, that the pilot is complete and the data it yielded favourable to the efficacy of the fuel source.

“We have the information in hand. I estimate that we will be forwarding the information to the Ministry of Transport and Mining by December or at the latest January,” Abrahams said in an interview with the Financial Gleaner.

The five buses used in the pilot were sourced from China through Von’s Motors at a cost of US$170,000 to US$175,000 each. JUTC bore none of those costs. The LNG to run the buses was provided by New Fortress Energy, which has pumped $400 million into the natural gas pilot, according to Abrahams, who said the investment covered the gas infrastructure, including piping and pumping station installed at the JUTC depot, the natural gas supplied to fuel the buses, and the five buses used in the test. The fuelling operation can accommodate 50-60 buses.

The buses were each fuelled once per day with natural gas at the Portmore depot, and were used to service the flat 12A Portmore-to-Kingston route. For control purposes, the five natural gas-fuelled buses are being run under the same conditions as five diesel-powered buses, covering distances of 250-275 kilometres daily.

Asked if the programme will be expanded to other JUTC depots, such as Spanish Town, St Catherine, or Rockfort in Kingston, Abrahams said the state-operated bus service would be relying on the scalable operation at Portmore for the time being.

“We would really want to be working with Portmore first since that is where the filling infrastructure is located. In the first allotment we would want to have anywhere between 50 and 70 buses,” he said.

“For us, anything that will save the taxpayers money is good for us. Fuel diversification is a clear policy and it is one of the top drivers of the work of the JUTC. We will definitely be making a recommendation to expand the fleet,” Abrahams said.

Meanwhile the fleet diversification effort will be taking on another dimension in the next seven months, with the expected introduction of electronic vehicle, or EV, buses through another pilot programme.

Abrahams indicated that while it makes sense to study the addition of EVs to the fleet, there is more planning to be done.

“The matter is way down the wicket, and it is being handled by the Ministry of Transport and Works. This will be a pilot, and I think whoever wins that tender will have to put in the infrastructure,” he said.

The Ministry of Transport and Works, MTW, already put out a request for tender for EV buses earlier this year, with a June 24 deadline for bids.

MTW’s communications unit said internationally competitive bids were solicited for the supply of 50 buses – 45 diesel and five EV – three charging stations, and the servicing of the buses for three years.

The ministry has since selected a winning bid from among six tenders.

“The recommendation of award of contract was submitted to the Public Procurement Commission, PPC, for consideration and approval. The PPC has not yet provided its decision in this regard,” MTW said.

“It is anticipated that the buses will arrive at the local port of entry within seven months following contract signing, upon the PPC’s endorsement and Cabinet’s approval,” the ministry said.