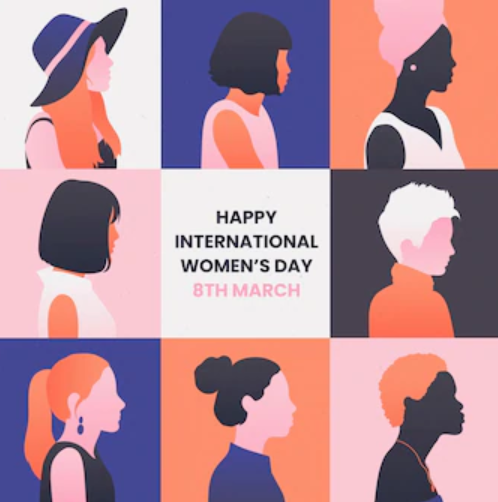 This month, and particularly today, is a time to reflect on the incredible women in our world and all they’ve done to further women’s rights and equality.  There’s no shortage of those stories floating around right now—from the women who’ve won the Nobel Prize to companies empowering women-run businesses through microfinance.

But that’s not what I want to share today.

No, I’m actually more interested in the women who never make the talk show circuit, who haven’t written a best-selling novel, and who don’t run Fortune 500 companies. Don’t get me wrong—I have infinite admiration and respect for those women. But they get plenty of that from everyone else.

Instead, I am dedicating today to the woman sitting next to you on the bus, the one who signs your paychecks, and most importantly, the one reading these words, right now.

Nearly every day, I read an inspiring story about women beating the odds, challenging the status quo, and paving the way for our generation to rocket right through that glass ceiling. Yet, I rarely take the time to appreciate my own accomplishments and reflect on how important my own struggles have been.

So on this International Women’s Day, I’d like to share a few reminders on why today—and every day forward—isn’t just for the big names out there. It’s for us.

You may not think you’re the next Hillary Clinton or Sheryl Sandberg, but trust me, you have fans. When you’re gunning for that promotion, standing up to someone at the office, or working hard for something you believe in, people notice. You may not think you’re doing anything special, but someone out there—maybe your friend, your cousin, or your co-worker—doesn’t quite have the courage to do it and is in awe that you do.

Here’s a good example. I know a woman who recently moved to the Middle East to train journalists to share their stories with the world. Although I have no doubt this woman will be quite well-known in the not-too-distant future (when she’ll have to admit she has throngs of loyal readers), right now I’m willing to bet she doesn’t think much about it. She probably has no idea how her decision to move worlds away from everything she knows to pursue something she believes in inspired me to tears, helped me uncover my own aspirations, and likely moved countless others to pursue their dreams, too. This woman has fans. And so do you.

You Can Do Anything

That saying is so cliché I hesitate to use it, but as they say, clichés exist for a reason, right? Every time I’ve tested this theory—gone out on a limb, done something I didn’t necessarily think I could do—it’s proven correct. Admittedly, my sample size isn’t statistically significant, but that isn’t so important if the only outcome that matters is achieving our own goals. Plus, I’m willing to bet that you’ve found the same thing.

About a year ago, a woman I know was struggling with some pretty big life issues. She’s a single mom with three young children and was working at a job she hated but endured for the sake of her family. We were chatting about what was troubling her, and she revealed some pretty major hurdles she needed to overcome to get her life back on track.

To the casual observer, her future looked bleak. Even if she had the resources of someone making four times her salary, a supportive partner, and access to better education for her children, her road ahead would still be uncertain.

Yet, not even 12 months later, she’s living in a new neighborhood, her kids are doing great in school, and she landed a new job that she enjoys. Oh, and those impossibly high hurdles? She dusted them.

Every time I think something is impossible, I remind myself of what she accomplished. And then I get to work.

A few of my friends have young girls, and although I often complain about the constant onslaught of kid stories I have to endure, I will admit that they’re raising some pretty incredible future world leaders.

Maybe we were all this way as children, but when I hear the stories of how these little girls are so filled with confidence, self-respect, and limitless aspirations, I can’t help but be proud.

Of course, I can’t directly take credit for how great someone else’s kid turns out, but it’s important to remember that all of us are a crucial part of the environment influencing our world’s future women. Our ambition, our work, our efforts to obliterate the gender gap, and our relentless refusal to give up are paving the way for the next generation, just as our mothers, aunts, and grandmothers did for us. And that’s a pretty big deal.

Today, and throughout the month of March, we officially celebrate women all over the world and how they’ve shaped our history. But remember—not just today, but throughout the year—that includes you.