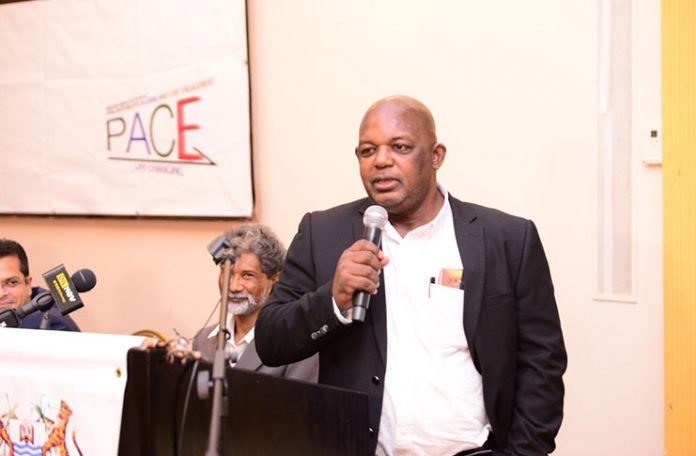 CHIEF Executive Officer of the Guyana Power and Light Inc.(GPL), Albert Gordon, has shared that the company has secured some funds necessary to upgrade the power distribution network, in an attempt to end ‘blackouts’ in Guyana.

Gordon was at the time responding to a question posed by local activist, Nicole Cole, on the frequency of and solutions for power outages in Guyana, at the University of Guyana’s Turkeyen and Tain Talks 18, which was organised to discuss the local energy sector.

Gordon conceded that over the past five weeks, there have been a total of five power shutdowns, but affirmed, “There is a plan to end blackouts.”

According to Gordon, the power supply system is one which has many flaws. There is an inadequate generating capacity, coupled with a transmission and distribution system that is poorly configured.

In 2017, this system experienced 25 total shutdowns. In 2018 that figure had been reduced to 12, even though the company had to contend with the very same system and its inherent flaws. Between September of 2018 to now, the system experienced about six shutdowns; five of these occurred over the past five weeks.

The “heart of the problem” for these recent shutdowns, according to Gordon, has been identified as the sole transmission line between the Kingston and Sophia substations and the Vreed-en-Hoop substation.

The CEO noted that it will require approximately US $150M to “just get the basics done” in fixing the system, but also disclosed that GPL has been able to secure US $26M to work on the Kingston to Sophia transmission line.

“There is one transmission line that connects the Kingston substation to the rest of the Demerara Berbice Interconnected System,” Gordon explained. “Plans are in place to do rehabilitation work on that line, because every time that line goes down, the system will go down.”

This is a result of the configuration of the system. The local system is one which has “radial transmission”, which means that there is one power source that supplies the system and a power failure issue would result in the interruption of the system.

With this radial system, Gordon explained that there is a hub a Sophia and the substations connected in the other areas. And so what happens is that if one part of the system is affected, it is likely that the other parts will be affected as well.

Seeking to improve this, he noted that there are plans to build some “hoops” in the system which would allow for some redundancy, so that when one part fails, the entire system does not have to shut down. In so doing, he indicated that GPL is mulling the possibility of constructing new substations at Wales and Eccles.

Additionally, he noted that through funds secured from the Inter-American Development Bank (IDB), plans are in train to build a “backup line” for the Kingston to Sophia transmission line and another US$20M loan from the Islamic Development Bank to “reconfigure” some of the existing substations.

Even though funds have been secured, he explained that a process of procurement must be followed, and this will take time. Nevertheless, he assured that the processes are moving along as planned.

“There are some other things to fix in the transmission network but those are the high priority things to help to bring some redundancy in the network so that the entire system doesn’t fail,” he said.