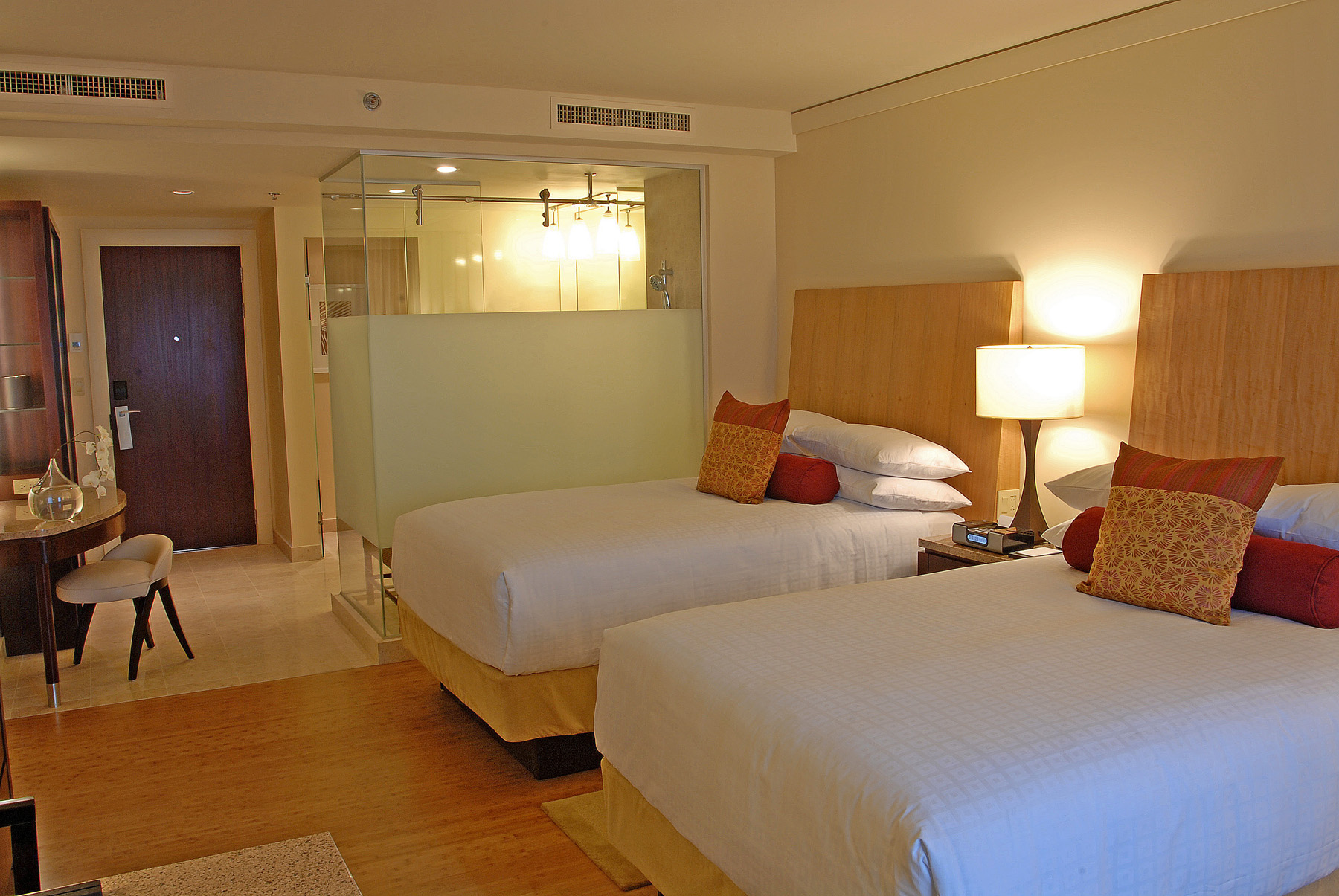 All Rooms come equipped with

Trinidad and Tobago is a dual-island Caribbean nation near Venezuela, with distinctive Creole traditions and cuisines. Trinidad’s capital, Port of Spain, hosts a boisterous carnival featuring calypso and soca music. Numerous bird species inhabit sanctuaries such as the Asa Wright Nature Centre. The smaller island of Tobago is known for its beaches and the Tobago Main Ridge Forest Reserve, which shelters hummingbirds. . It shares maritime boundaries with Barbados to the northeast, Grenada to the northwest, Guyana to the southeast, and Venezuela to the south and west.

The climate is tropical. There are two seasons annually: the dry season for the first five months of the year, and the rainy season in the remaining seven of the year. Winds are predominantly from the northeast and are dominated by the northeast trade winds.

The local currency is the Trinidad and Tobago dollar. US dollars are widely accepted at an approximate rate of TT $6 to US $1 and you can find rate information at local banks, or the daily newspapers. Euro’s and the Pound Sterling (GBP) are not as widely accepted as US dollars. Traveller’s cheques and international credit cards are accepted at most hotels, restaurants and malls.  ATM machines are located at the airport, banks, malls, cities and towns.

English is the country’s official language (the local variety of standard English is known as Trinidadian English), but the main spoken language is either of two English-based creole languages (Trinidadian Creole or Tobagonian Creole) which reflects the Indian, African and European (including Spanish) heritage of the nation. Both creoles contain elements from a variety of African languages; Trinidadian Creole, however, is also influenced by French.

The electrical supply is 110/220 volts AC, 60Hz US pattern twin plus earth plugs are standard.