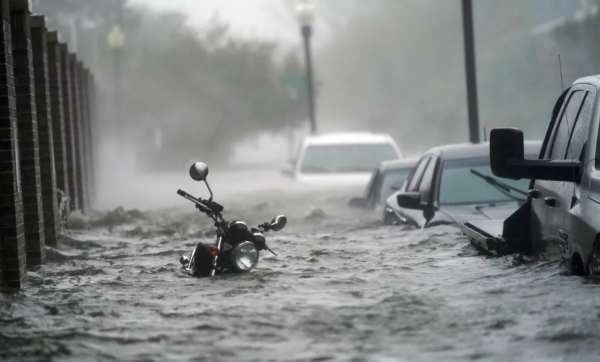 The hot-blooded 2020 hurricane season is less than a month in its grave, but there’s already a prediction that 2021 will conjure another year of tropical excess.

Colorado State University, which has issued seasonal hurricane forecasts for 38 years, said global climate patterns and atmospheric humors are leaning toward a 65 percent chance of an above-normal 2021 season.

Phil Klotzbach, lead author of the annual qualitative discussion on the hurricane season that begins June 1, acknowledges that predictions six months in advance are dubious, but that large-scale events can offer some insight.

The beefy La Niña that appeared in September is expected to last at least through March, and rarely does a moderate-to-strong La Niña flip quickly to an El Niño with enough influence to squelch a hurricane season.

“That loads the dice toward active,” Klotzbach said. “The business of seasonal forecasting is all based on odds.”

Ten years with moderate-to-strong La Niña climate patterns in the fall were reviewed by CSU. Just one went to El Niño the next year during the peak hurricane season months of August, September and October.

“And it barely met the threshold of El Niño,” Klotzbach said.

With La Niña, waters in the Pacific cool, rainfall retreats to the west, and the wind shear in the Atlantic wanes — leaving the Atlantic and U.S. vulnerable to tropical cyclones.

La Niña can also mean a drier and warmer winter for Florida as cold air is trapped above a jet stream that lingers longer at higher latitudes.

El Niño and La Niña are part of the El Niño-Southern Oscillation, or ENSO. A neutral phase of ENSO means other factors, such as sea-surface temperatures, can play a bigger role during hurricane season.

“They’re just looking at two to three big-picture factors, but there is a notorious spring predictability barrier, which makes forecasting the phase of ENSO very challenging in December,” said University of Miami senior researcher Brian McNoldy about CSU’s forecast.

The astronomical calendar just hit winter Monday, so there’s inherent uncertainty trying to read an atmosphere so far from the spring-to-summer transition.

In 2017, April forecasts from AccuWeather and CSU called for a below-normal hurricane season based on the prediction of an El Niño, but it never arrived. Instead, the season ended with 17 named storms, including Category 4 systems Harvey, Irma and Maria, which hit the continental U.S. and Puerto Rico.

In 2019, National Oceanic and Atmospheric Administration forecasters said they believed El Niño would grow to moderate strength and live through August, September and October — peak hurricane months. But it abruptly died in August, and the 2019 hurricane season ended with 18 named storms.

By the time the tropics sputtered to a stop on Nov. 18, the season had tallied an unprecedented 30 named storms, including 13 hurricanes. Twelve storms made U.S. landfall.

While the final number of named storms was about double what CSU called for in its April forecast — the December forecast doesn’t include exact storm numbers — the August prediction was just six storms shy of reality.

“As always, there’s nothing a coastal resident can or should do with these seasonal outlooks,” said James Franklin, a former chief of forecast operations at the National Hurricane Center. “Aside from being frequently wrong about the upcoming overall activity, they offer no practical information about what sections of coastline are at particular risk.”

Five storms made landfall this year in Louisiana, while Florida escaped widespread damage.

Tropical Storm Eta was the only system to make a Florida landfall when it hit Lower Metecumbe Key on Nov. 8. Hurricane Sally sent storm surge flooding into Pensacola in September, but it technically made landfall in Gulf Shores, Ala.

The location of storm formation this year and a persistent area of high pressure helped protect Florida, but there’s no guarantee the Sunshine State will escape unscathed in 2021.

Florida went 11 years without a direct hurricane strike between Charley in 2005 and Hurricane Hermine in 2016. Then came 2017’s Irma and 2018’s Cat 5 Michael. In 2019, Category 5 Dorian came close to South Florida but stalled over the Northern Bahamas before making a sharp turn north.

“Florida had a good string of luck, but like we saw with the U.S. this year, that string of luck can run out,” Klotzbach said, referring to the 12 landfalls. “We put out these December forecasts, and people like to speculate, but there’s so much that can change.”