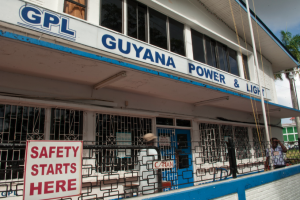 The Inter-American Development Bank (IDB) and Norwegian Agency for Development Cooperation are investing up to US$83.3 million in eight solar PV projects in Guyana with 34MWh of co-located energy storage.

The Latin America and Caribbean-focused bank is supporting the Government of Guyana with the deployment of the eight solar PV farms with a combined 33MWp power and 34MWh of associated energy storage, called the ‘Guyana Utility Scale Solar Photovoltaic Programme’ (GUYSOL). The non-reimbursable investment financing was approved by IDB last week (June 17).

The projects will be installed across three, separate electricity grids in the South American country serving 265,000 customers, and various IDB project documents provide more details. All the storage sites will be one-hour systems.

In the Linden Isolated Power System (LIS), which serves the second-largest city after the capital Georgetown, three solar PV plants totalling 15MWp will be installed with a minimum of 22MWh of battery storage. The Linden projects will have storage co-located on-site, described as “backup storage”, by the IDB.

Two solar PV plants totalling 8MWp with 12MWh of storage will be deployed in the southwestern Essequibo Coast Isolated Power System (EIS), although to what extent they are co-located has not been clarified.

Finally, some 10MWp of standalone PV will be deployed in the Demerara-Berbice Interconnected System (DBIS), in the east of the country, with no associated storage mentioned.

The projects will help utilities Guyana Power & Light (GPL) and the Linden Electricity Company Inc. (LECI) reduce emissions. GPL is a state-owned electricity provider serving the majority of the country.

The eight projects will contribute to lowering CO2 emissions, reduce the cost of running the electricity grid and support the country’s transition to renewable energy, it added. It will also help digitise the Essequibo and Linden electrical systems, moving them from manual systems towards real-time, automated monitoring and control, improving efficiency, reliability and stability.