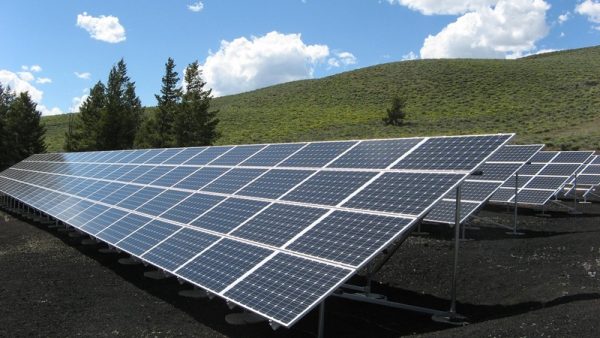 In a recent roundtable, I was asked to share my thoughts on “City Island Grids” as a climate disaster mitigation strategy. A few international cities are exploring this. These considerations are neither cheap nor easy to architect. Yet, I think it is inevitable. While it applies to all infrastructure (gas, electricity, other) this article is on electricity grids.

The densification of urban space (high-rise, walkability, public transport) allows for a better economic payback, which dovetails with rising urban demand as well. Covid may have dented/delayed this view, but the trend appears to be holding. Smart City concepts have made steady progress over the last decade, towards a greener and healthier urban environment with a lower carbon footprint. Electricity utilization for heat/cool and mobility is a key factor in improving conversion efficiencies and lowering the carbon foot print. This places a high importance on electrical power and its reliability.

Yet natural disasters in the last 15 years have seen many large cities experience partial or total blackouts for several days (some even weeks). Examples include New York, Toronto, Mumbai, New Delhi, Dallas, Los Angeles, and Cairo to name a few. The cost of such outages in socio-economic terms, has been estimated as high 20-30 times the price of electricity. This multiple will grow higher with urbanization.

Many cities have mooted the creation of self-sufficient “City Island Grids” during such natural disasters. Examples include New York, Mumbai and New Delhi to name a few. These efforts include duplicate ring feeds, distributed energy resources, energy storage, underground MV cables, gas/diesel power plants, etc. While microgrid architectures have been adopted for universities, industrial and communities, to scale this up to a large city (5,000-8,000 MW peak) with a population of several million, is not easy. Further, to be completely islanded with dynamic load-generation balance and stability, is even more daunting.

In my view, there are several key considerations (neither cheap nor easy) and these are highlighted below:

Climate standards for infrastructure planning needs a reset and a remake based on today’s reality and trendline (floods, temperature, wind, dust, storms, etc.). For example, in South Asia, the 50 deg C design ambient standard was adopted almost 70 years ago, when the maximum temperature was 35-40 deg C. Today, this would need to be raised to 55-60 deg C with the today’s 45-48 deg C summers. This is equivalent to 15-20% derating of electrical equipment. The same goes for city flood/water-logging maps. With more concrete surfaces, such water levels will be higher and will warrant elevating pad-mounted electrical infrastructure. The key issue here is not new Standards/Codes for future additions, but rather re-adapting/re-assessing existing equipment.

A large city island grid cannot be maintained all times (pockets of demand-supply imbalance). While architecting dynamic demand-supply balance mechanisms, it is prudent to establish where the grid should fracture/isolate during extreme imbalance conditions. Classical power system theory and methodology help in such estimations and this real-time contingency should be modelled in the DMS. The ability to create small fractures at a place of choice is vital for contingency management. These small fractures may or may not survive their own local blackout, but will save the larger city island.

Power system (vector) management is not just about (scalar) energy balance alone, but rather about managing dynamic power flows with quality and stability. Surges and short-term demand are more critical to stability than the energy it serves. Utility grids are generally designed to meet such demand, but a review is needed given the push for electric utilization (HVAC, cooking), transportation (EV charging) and self-generation (PV, ESS). Load factor, nodal-voltage and power-factor management are critical to avoiding expensive investments. Extensive use of inverter-based systems (PV, ESS, EV charging) and synthetic inertia needs to be augmented with distributed rotating inertia for both power and ancillary services.

Despite MV feeder redundancy, last-mile 24×7 electricity supply is vital during calamities (cool/heat/cook). Considerations should include careful placement of grid connected gas/diesel generation, energy storage, other DERs together with feeder load management at the substation level. Selected power generation and utilization equipment shall be capable of fuel switching (or have an alternate-fuel standby) to protect the island stability and enhance security. Examples would be gas/diesel generation in tall buildings with perhaps a 10-hour battery energy storage for supplying reduced critical loads. All residences will need to be retrofitted with a sub-panel to feed only critical loads with an 8-hour battery backup (not small generators as they are inefficient/ more polluting).

Central DMS systems will need to be modified to a hybrid model, with each distribution transformer/ substation capable of limited autonomy under the “supervision” of the main DMS. Distributed generation, distributed energy storage, distributed rotating inertia and ancillary services, all need to be placed carefully under the management of such mini-DMS. Each area or zone must be capable of managing their load-supply balance with standalone operation including load shedding tools.

In closing, it is better and more prudent to not just climate-proof the infrastructure, but rather invest in effective control of distributed supply and load assets within city zones. An effective solution would be the fast balancing of both demand and supply and be able to isolate/fracture at predetermined locations. I recollect the many global discussions/visits over the last 20 years (Cigre, Microgrid Forum, etc.) with experts, when we were conceptualizing and formulating such architectures. It is time to bring it to fruition for a large city.