CCRIF Provides US$2.2 million (EC$6 million) for Relief and Recovery Efforts Following the Eruption of the La Soufrière Volcano 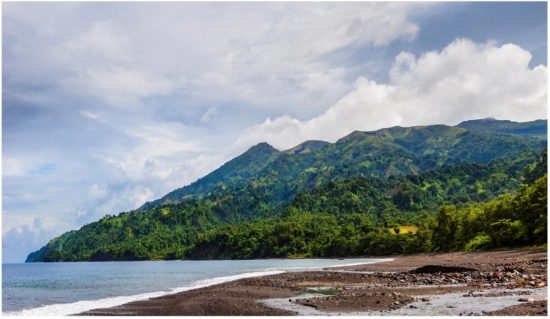 CCRIF Provides US$2.2 million (EC$6 million) for Relief and Recovery Efforts Following the Eruption of the La Soufrière Volcano

Grand Cayman, Cayman Islands, April 19, 2021. CCRIF has provided financial support in the form of a grant of US$2,209,000 (approximately EC$6.0 million) to the Government of St. Vincent and the Grenadines following the eruption of the La Soufrière Volcano. According to CCRIF CEO, Mr. Isaac Anthony, “This support to the Government has been made possible because CCRIF operates as a developmental insurance company, whereby our members have our commitment to support them in times of crises; seek out opportunities to enable them to enhance their resilience to current and future natural hazards; engage donors and collaborate on programmes designed to reduce vulnerability; negotiate the best prices for reinsurance; and advance disaster risk management and ecosystems-based solutions for the betterment of the peoples of the Caribbean and Central America in keeping with Agenda 2030 and the thrust to leave no one behind.”

CCRIF believes that this support will provide much needed liquidity to respond to the ongoing relief and recovery efforts in St. Vincent and the Grenadines. Although CCRIF does not currently offer cover for volcanic eruptions it believes that as the dedicated disaster risk financing facility in the region, it has a moral obligation to respond as best as possible to the needs of its members when confronted with such dire circumstances. St. Vincent and the Grenadines has been a member of CCRIF since the inception of the Facility in 2007.

CCRIF extends its sympathies to the Government and people of St. Vincent and the Grenadines recognizing the devastating impact of this disaster on the people and communities in the north of the island, their infrastructure, homes, and the psychosocial impacts being experienced by the general population.

Last month, CCRIF also provided a small grant in the amount of US$17,000 to the UWI Seismic Research Centre (SRC), to purchase new communication and ground deformation equipment to be added to those already deployed in St. Vincent, increasing the SRC’s capacity to understand the volcano’s eruptive processes and to better monitor it and be able to provide advanced warning of hazardous activity.

In 2007, CCRIF was formed as the first multi-country risk pool in the world and was the first insurance instrument to successfully develop parametric policies for natural catastrophes. CCRIF limits the financial impact of natural hazard events to Caribbean and Central American governments by quickly providing short-term liquidity when a policy is triggered. The Facility is a working example of an effective disaster risk financing instrument and one of a suite of such instruments available to governments to assist in post-disaster recovery and to help close the protection gap.

CCRIF is working to bring new parametric insurance products to market for drought and the agriculture sector and will give consideration in its new strategic planning cycle, starting this year, to providing coverage for volcanic eruptions considering that there are 19 live volcanoes in the Eastern Caribbean, with every island from Grenada to Saba subject to the direct threat of volcanic eruptions.

Since the Facility’s inception, it has made a total of 50 payouts to 16 of its member governments, totalling approximately US$200 million on their tropical cyclone, earthquake and/or excess rainfall policies.

About CCRIF SPC:
CCRIF SPC is a segregated portfolio company, owned, operated and registered in the Caribbean. It limits the financial impact of catastrophic hurricanes, earthquakes and excess rainfall events to Caribbean and Central American governments by quickly providing short-term liquidity when a parametric insurance policy is triggered. It is the world’s first regional fund utilising parametric  insurance, giving member governments the unique opportunity to purchase earthquake, hurricane and excess rainfall catastrophe coverage with lowest-possible pricing. CCRIF was developed under the technical leadership of the World Bank and with a grant from the Government of Japan.
It was capitalized through contributions to a Multi-Donor Trust Fund (MDTF) by the Government of Canada, the European Union, the World Bank, the governments of the UK and France, the Caribbean Development Bank and the governments of Ireland and Bermuda, as well as through membership fees paid by participating governments. In 2014, a second MDTF was established by the World Bank to support the development of CCRIF SPC’s new products for current and potential members and facilitate the entry of Central American countries and additional Caribbean countries. The MDTF currently channels funds from various donors, including: Canada, through Global Affairs Canada; the United States, through the Department of the Treasury; the European Union, through the European Commission, and Germany, through the Federal Ministry for Economic Cooperation and Development and KfW. Additional financing has been provided by the Caribbean Development Bank, with resources provided by Mexico; the Government of Ireland; and the European Union through its Regional Resilience Building Facility managed by the Global Facility for Disaster Reduction and Recovery (GFDRR) and The World Bank.