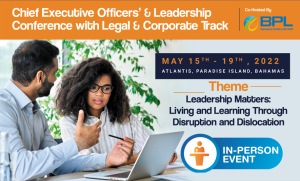 The Caribbean Electric Utility Services Corporation (CARILEC) Disaster Assistance Programme (CDAP) is fully funded going into the 2022 hurricane season as the agency stands ready to assist in the event of the devastation the region saw with Hurricanes Irma, Maria and Dorian over the last four years.

Dr Cletus Bertin, Executive Director of CARILEC, told Caribbean Magazine Plus: “CARILEC’s Disaster Assistance Programme (CDAP) is based on a mutual assistance arrangement with 27 member utilities that contribute to a fund that has been in existence for over two decades and give out assistance whereby when a disaster strikes one of the participating member utilities, they make a request to CARILEC for assistance from member utilities who would have already been lined up and prepared to respond. 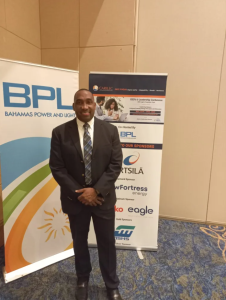 He added: “So Disaster Assistance crews, technician line workers engineers would go into the afflicted territory post disaster and assist in ramping up the restoration effort and that is funded through the fund that would have already been accumulated. So the affected utility would not have any extensive cash outlay to bring in those resources to assess. The members themselves, the participating utilities, contribute a specific amount every year until the fund reaches the cap which is actually now it has reached and so they have ceased contributions.”

This is an agreed upon cap by the member utility companies and when there is a request for assistance, the funds are drawn from that pool, but the utility being assisted would just be responsible to provide accommodation, food and on the ground transportation for the workers coming in to help with restoration.

This is welcomed news since last year CARILEC in collaboration with the Regional Task Force for Climate-Resilient Energy Supplies through the CARICOM Secretariat, launched a consultancy project for the Development of an Emergency Response Strategy and Action Plan (ERSAP) for the region’s energy sector.

CARILEC is also leading the region towards greener energy and has brought in renewable energy suppliers into its agency.

Dr Bertin also said: “So we are doing all in our power to facilitate the adoption of sustainable green clean energy sources, through advocacy, policy positions, training, capacity building networking.

“We have a tremendous online forum called CAREC, the CARILEC Renewable Energy Community, where we run webinars and face to face events offline to promote the adoption of renewable energy and also energy efficiency, which is an important part of the energy transition.”

He continued, “Our membership is very much supportive of the repositioning of the association. As a matter of fact, we are now more than an association of electric energy service providers because we included additional membership categories, in addition to electric utilities and associate members, we have a new category for independent power producers.” He said: “That will be companies that generate electricity and supply to utilities under what is called a power purchase agreement, which traditionally would have been seen as competitors to the electric utilities, but then are members of CARILEC as well.”