Building Disaster Resilience in the Caribbean: A Collaborative Effort 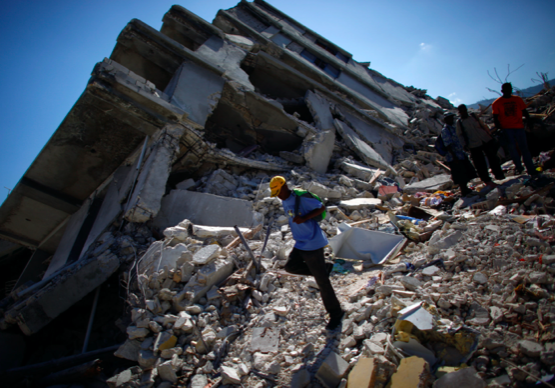 Building Disaster Resilience in the Caribbean: A Collaborative Effort

The very first case of COVID-19 was recorded on November 17, 2019, in the Chinese province of Hubei.  From then to now, COVID-19 has been declared a global pandemic, with a total of 25.3 million cases of the virus recorded to date.  Not to mention, the entire world has been severely impacted by this pandemic, as economies have been shattered and health care systems utterly overburdened.  On January 12, 2010, the Caribbean island of Haiti was struck by a magnitude 7.0 earthquake which resulted in approximately 230,000 lives lost and over $7.8 billion in damages incurred.  Ten (10) years later, Haiti is on the verge of recovering from this catastrophic natural disaster, having received an impressive $13.5 billion in humanitarian aid over the last decade.

These alarming statistics demonstrate how a single and seemingly isolated event, can later have an overwhelming impact on the wider community and the entire world.  COVID-19 has been classified as a highly infectious disease, emphasising the fact that any circumstance which affects one of us, has the potential to affect all of us.  Moreover, the devastating 2010 earthquake in Haiti has garnered relief and support from almost every corner of the world, demonstrating that a collaborative approach to disaster restoration is merited in ensuring a complete recovery.  It is on such premise that the area of disaster resilience is deemed one of extreme importance to Caribbean territories.  Building resiliency is a collective process and each Caribbean territory must recognise and assess its level of vulnerability to disasters, while simultaneously offering support in areas of proficiency and competency to other Caribbean states.  In so doing, there is a mutual exchange of resources and expertise among Caribbean territories, all geared towards proficient disaster management and increased resiliency.

This exchange is one which CARILEC actively supports and contributes to through its various partnerships with similarly mandated organisations both regionally and internationally.  CARILEC through has partnered with the Caribbean Association of National Telecommunications Organisations (CANTO), the Caribbean Public Health Agency (CARPHA), the Caribbean Water and Sewerage Association (CAWASA) and the Caribbean Disaster and Emergency Management Agency (CDEMA) to name a few, on endeavours geared towards achieving increased resiliency.  One such undertaking is the ongoing joint updating of disaster and risk management (DRM) plans between CARILEC and CANTO, to ensure that recovery efforts are conducted in a collaborative manner, given the synchronised reliance of telecoms operations on the provision of power and energy.

Moreover, on August 14, 2020, the United States Government in partnership with CDEMA launched a new USD $4.5 million project entitled, ‘Caribbean Climate Resilience Initiative’.  This venture is geared towards aiding Caribbean territories in reducing disaster risks, in addition to recovering from hazard impacts and climate variability.  Such international assistance is a testament to the pivotal work of CDEMA in harnessing the support of regional institutions in strengthening resiliency.  It is through these efforts that international governments and organisations are encouraged to contribute towards various resiliency initiatives.  Ultimately, regional organisations, whether governmental, private or non-profit are charged with the responsibility of building overall resilience to withstand the impact of disasters.  This task is quite an extensive one, but also the most momentous contribution which can be made towards improving the lives of the Caribbean people.