Atlantic Hurricane Season is on Pause. Don’t Expect that to Last. 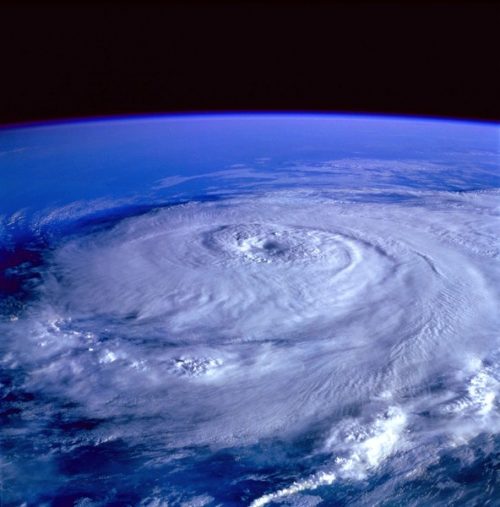 Atlantic Hurricane Season is on Pause. Don’t Expect that to Last.

After starting hurricane season 2021 at a breakneck pace, the oceans look to simmer over the next few weeks, with little in the way of tropical activity in the Atlantic through the end of July. Looking at the atmosphere offers clues to tell us that won’t last, however, with a quick uptick in activity likely in the cards as we head into August.

After last year’s record 30 named storms in the Atlantic, which included 14 hurricanes and a record-tying seven major hurricanes, the hyperactive stretch has already continued into 2021. Elsa, which lashed the Florida Panhandle and East Coast as a tropical storm last week, marked the earliest-forming fifth-named storm on record.
For now, that busy period has temporarily reached a pause, with the National Hurricane Center declining to highlight any areas to watch on its latest tropical weather outlook. We expect the pause to continue for a while before the atmosphere reverses course, perhaps dramatically, in August.

A number of factors are impeding tropical activity. To begin, the atmosphere isn’t favorable for organized convection, or shower/thunderstorm activity, that would be needed to seed a tropical system. That’s because of hot, dry air at the mid-levels blowing in from the east. What’s known as the “Saharan Air Layer,” or SAL, which also appears on satellite as a brown haze laden with sand and dust, squashes attempts of near-surface air to rise. Without widespread rising air, you can’t get a tropical storm or hurricane.

Even if one did form over the Atlantic’s “Main Development Region,” or the zone within which many of the more intense hurricanes form well east of the Lesser Antilles, it probably wouldn’t remain intact long. There’s a belt of strong wind shear, or a change of wind speed and/or direction with height, over the central tropical Atlantic. Those changing winds with altitude would tear apart a fledgling storm and disrupt the circulation and organization of anything that had already manifest.

Moreover, widespread sinking air is present over the Atlantic, marking one more hurdle that any tropical cyclones would need to overcome.

That unfavorable recipe for storms looks to remain dominant through the end of July, but there are signs that August could be a bit different. Already, the ocean is replete with fuel to sustain more significant storms — much of the central Atlantic is unusually mild, though there are some comparatively cool spots along the periphery of the Gulf of Mexico — and the waters will continue to warm beneath the summer sun. In two to three weeks’ time, meanwhile, the atmosphere could begin to awaken.

Widespread rising motion looks to overspread the Atlantic by the first or second week of August. That’s based on a number of overturning circulations that meander about the tropics — namely, the Madden-Julian Oscillation, and one or more “convectively coupled Kelvin waves.” While the technicalities of both are unimportant, it’s key to know that these waves are made up of broad rising motions ahead of them and sinking in their wake.

The Madden-Julian Oscillation is a larger such wave that meanders about the global tropics every 30 to 60 days, enhancing thunderstorm activity when its associated rising motion arrives. Convectively coupled Kelvin waves are smaller in scale and a touch more fleeting, but can have equally significant effects.

It’s likely that broad rising motion will begin to move over the Atlantic in the Aug. 4 to 10 time frame, and some models indicate that it could pick up markedly in late August, also coincident with a historical climb in tropical activity. Assuming the Saharan Air Layer relents, that could spell storminess.

Moreover, steering currents over the Atlantic are concerning. Computer models predict a lobe of high pressure to become established over the northeastern United States, Nova Scotia and the Canadian Maritimes. That could help to suppress tropical systems southward, forcing them to continue barreling westward toward the United States rather than turning north earlier over the open Atlantic Ocean. That increases the risk of U.S. landfalls, particularly in the August through October time frame.
Putting it all together, there are some key takeaways. First is that this season is, like the past five seasons, likely to be extra active. Based on current model predictions, storms that form will have a greater likelihood of being steered toward populated land masses. It also appears that atmospheric conditions will be extra favorable for Atlantic tropical development around the time the season usually ramps up in late August and September.

It’s never too early to begin preparing for potential impacts. The purpose of “hurricane season” as a whole is to encourage a heightened state of awareness long before watches or warnings are issued for one’s area. And with the deck stacked toward a more active period ahead, there’s no reason not to be ready.