Atlantic hurricane season has gone to sleep. Will it awaken? 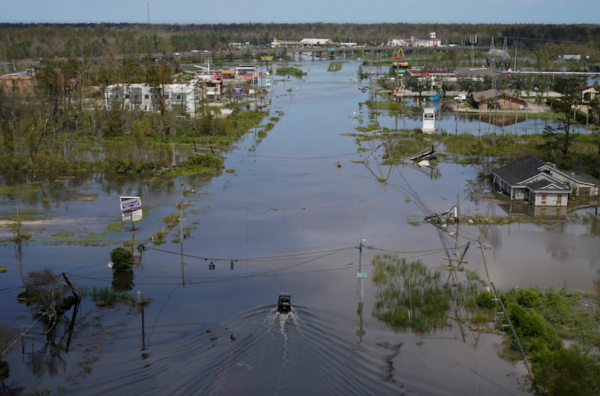 Atlantic hurricane season has gone to sleep. Will it awaken?

Just over a month has elapsed since the peak of hurricane season, but the Atlantic is eerily quiet. Not a stitch of tropical activity is expected in the next five days, and it has been nearly two weeks since a named storm was present.

Last year at this time, the Atlantic was still on a rampage, with half a dozen named storms, including two Category 4s, yet to form. It proved the busiest hurricane season on record, with 30 named storms.

Despite the recent lull, more than a month remains within the official window of hurricane season this year, leaving some wondering what more lurks. There are mixed signals for what lies ahead. The season could end early — but it’s far from a guarantee.

On Monday morning, the National Hurricane Center’s forecast depicted a map devoid of any outlook areas, the center writing that “tropical cyclones formation is not expected during the next 5 days.” The same was true in the central Pacific, and only one system in the eastern Pacific west of Guatemala has even a remote chance of development, and those prospects are low.

The 2021 Atlantic season has shifted from historically active to historically quiet, shutting down suddenly after a feverish September. Assuming no storms form through Wednesday, it will mark only the third time since 1995 without a named system between Oct. 6 and 20, according to Phil Klotzbach, a tropical-weather researcher at Colorado State University.

How tropical storms and hurricanes have hit U.S. shores with unparalleled frequency

What usually happens in October
Most tropical threats during October, particularly late in the month, crop up in the Gulf of Mexico or the Caribbean. Sometimes systems at this time of year are “homegrown,” resulting from pockets of spin, or vorticity, trailing along the ends of cold fronts moving south from the Lower 48.

As long as spin is present and the waters are warm enough, it’s important to remain vigilant. Water temperatures in the Gulf of Mexico are still running between 80 and 84 degrees, more than sufficient to brew or sustain a tropical cyclone. The Caribbean is even warmer — pushing 86 degrees.

During October, the window for “main development region” storms, or those that spin up between the coast of Africa and the Lesser Antilles, begins to quickly close as the jet stream shifts south. That enhances wind shear — a change in wind speed and/or direction with height. Wind shear is disruptive to fledgling storms, tearing apart nascent circulation before they can become readily established.

What the forecast shows

For the next five to seven days, tropical storm or hurricane formation is unlikely. There are no obvious triggers in the Atlantic that bear watching, and high pressure is bringing sinking air pernicious to prospective growth over the Caribbean.

Cold fronts crashing off the East Coast will keep the Lower 48 under cooler winds; that would probably mitigate any tropical threats anyway.

There are signs that a Convectively Coupled Kelvin Wave (CCKW) could enter the equation by Oct. 23 or 24. CCKWs are overturning circulations that meander about the global tropics. The leading edge of the wave features broad rising motion that can aid in tropical development. Though rising motion will be present, tropical development remains unlikely, because there simply aren’t any seeds to grow.

There’s an outside chance that a cold front exiting the East Coast could brew a tropical or subtropical system over the western Atlantic sometime in the Oct. 27-onward time frame, but considerable uncertainty remains.

The presence of La Niña conditions in the Pacific, which can promote a favorable environment for storms in the Atlantic, is one more factor that could extend hurricane season this year but, by itself, doesn’t guarantee storminess.

La Niña is back. Here’s what that means.

It’s worth noting that hurricane season by the books doesn’t end until Nov. 30. Last November there were a pair of high-end Category 4 storms. Moreover, the atmosphere doesn’t own a calendar. Systems have developed even as late as December and January, after hurricane season has officially concluded.

How the season stacks up

This year’s Atlantic season marks the sixth season in a row with above-average activity. Accumulated cyclone energy, or ACE, has been through the roof; that’s a metric used to summarize how much atmospheric energy a season’s storms expend on their winds. ACE, which is proportional to storm intensity and duration, is running 52 percent ahead of average in the Atlantic.

Sam and Larry, major hurricanes that spent lots of time over the open ocean, accounted for the majority of this season’s ACE. While Ida, which slammed southeast Louisiana near Category 5 strength, was intense, its peak strength was maintained only briefly.

Initially it was looking as if the bustling Atlantic would exhaust the 2021 “conventional” list of hurricane names and necessitate use of a special supplemental list. Only one name — Wanda — remains. Last year and 2005 were the only previous seasons to use up the conventional names. It seemed as though 2021 was a lock to do so, but that’s no longer clear.