A Decade in Energy 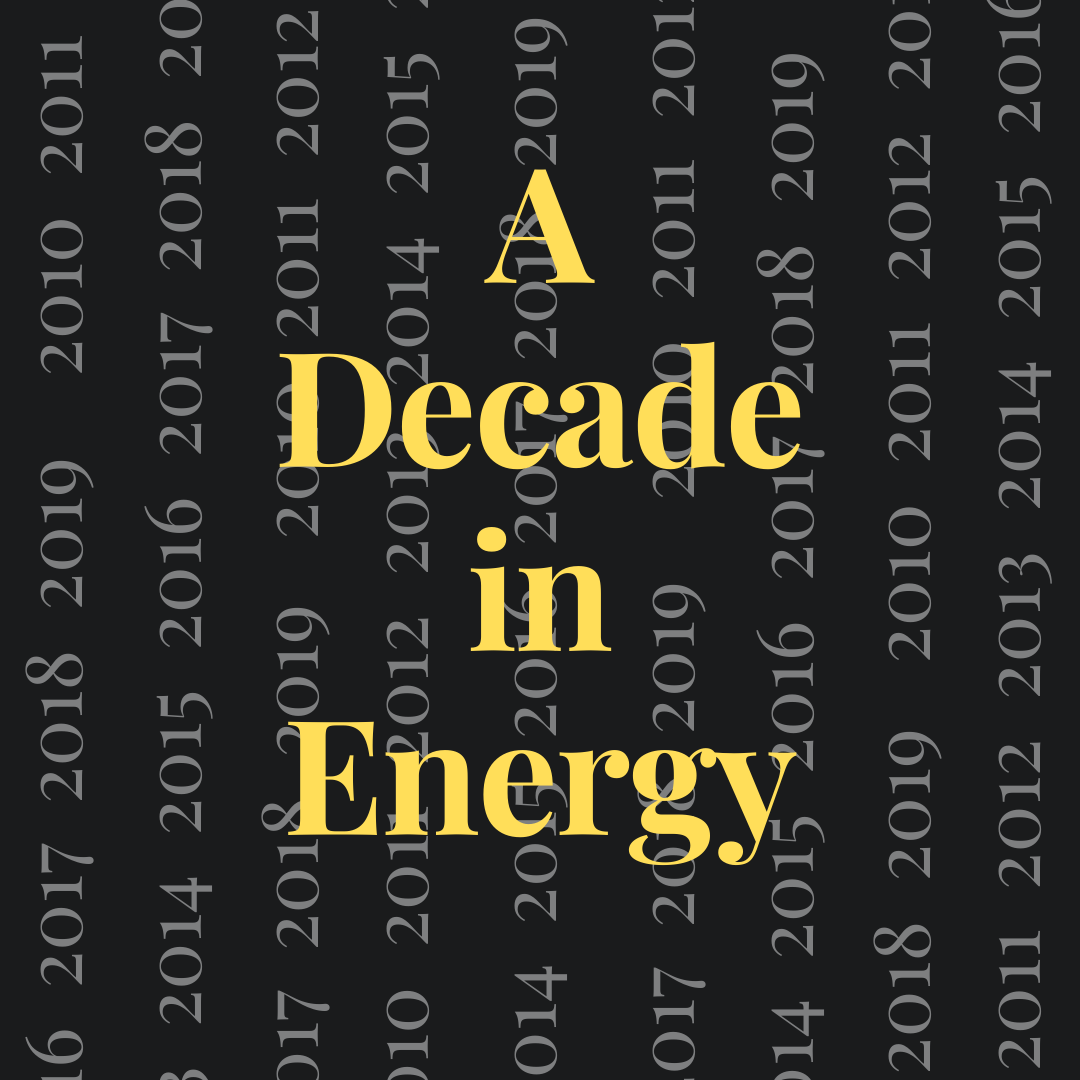 A Decade in Energy

What a difference a decade can make! The 2010s was a profound and transformative decade in energy. Heightened concerns over climate change and an increasing urgency to act, fostered energy transformation globally, shifting power portfolios from coal to low or zero-carbon resources. The decarbonization movement has become a cultural one, with a notable shift not only among power companies but among shareholders and customers as well, with some of the biggest coal generators in the world announcing ambitions to go net-zero by mid-century.

Transformation throughout this decade has been greatly empowered by innovations in technology that resulted in a decrease in prices of solar panels and batteries and made small-scale decentralised generation possible.

Here are some innovations giving rise to transformation in the last decade:

The Rise of Digitalisation

One of the hallmark sources of transformation this decade has been an enhanced connection between machines, advanced analytics, and the people who use them. Throughout the decade there has been a rise in the multitude of industrial devices, connected by communication technologies, that can monitor, collect, exchange, analyze, and deliver valuable new insights like never before. These insights can then help drive smarter, faster business decisions for companies within the sector.

This has morphed into a multi-billion dollar industry that has enabled predictive analytics to anticipate and detect component issues; it provides real-time production data, which has opened up a realm of possibilities; and enabled software solutions—all which have boosted efficiency, productivity, and performance. Some of these include fourth-generation sensors, Big Data, edge intelligence, as well as augmented and virtual reality. Separately, these and other digital possibilities have opened up a vast intelligence realm for other aspects of the power sector, such as for forecasting, grid stability, outage response, distributed energy resource orchestration, communications, and mobility. Components manufacturing, too, is digitally evolving, with advancements in 3-D printing, development of new materials, and process intensification.

The Disruption of Decentralisation

After decades of development of “centralized systems”—owing to economies of scale and a supportive regulatory framework—the 2010s ushered in a suite of smaller, more efficient, and less costly technologies that could provide electrical and mechanical power at or near the point of use. These include natural gas and diesel-powered reciprocating engines, aero-derivative gas turbines, fuel cells, solar panels, and wind turbines, that allowed generators to meet local power demand, off and on the grid.

The decentralisation movement has been powered by digital enhancements, growth of the gas network and the need for resiliency. Toward the end of the decade, as rooftop solar installations surged, falling costs for batteries also influenced power consumers to alter their power consumption patterns and provide grid services, individually or through an aggregator.

The biggest disruption of distributed energy resources (DERs) has been to the utility business model. The proliferation of power-generating consumers are seen as formidable new market participants with control over their consumption and as a result, have created competition for traditional utilities. As a response to this competition and rise in new opportunities, utilities have introduced an array of new business models, for example, a growing number of aggregators, which pool DERs to create “virtual power plants” of sizable capacity to sell into wholesale markets. Also emergent are peer-to-peer electricity trading; energy-as-a-service models, which essentially support prosumers as they exchange their power; and community ownership models, such as community solar gardens.

Energy storage, once elusive and inhibited by upfront costs and technical setbacks has over the decade seen growth and development highlighted by plummeting lithium-ion costs and a rise in various technologies that optimise energy delivery. This has resulted in the commercial viability of electric vehicles and energy storage for the first time in history.

Energy storage options transform intermittent forms of energy production and are the key to transitioning from fossil fuel dependence. With solar and wind playing a greater role in power generation, effective energy storage techniques, natural gas, and coal are needed when these resources are not readily available.

The growth of wind and solar generation over the past decade is certainly remarkable, but the bigger stories are how they achieved crucial milestones in terms of installations, cost reductions, and technological advancements.

The positive impact of the plummeting prices of solar, wind and storage cannot be overstated. In the 2010s it became cheaper to provide reliable electricity without greenhouse gases or local air pollution than with it. Taking advantage of this cheap, reliable, clean power will require running the grid in new ways and re-making the institutions that govern our electricity system.

What became clear in the last decade is that we have practical, commercially viable alternatives at scale. The clean energy revolution is launched and dramatic reductions in fossil-fuel dependence are now technologically possible and economically attractive.