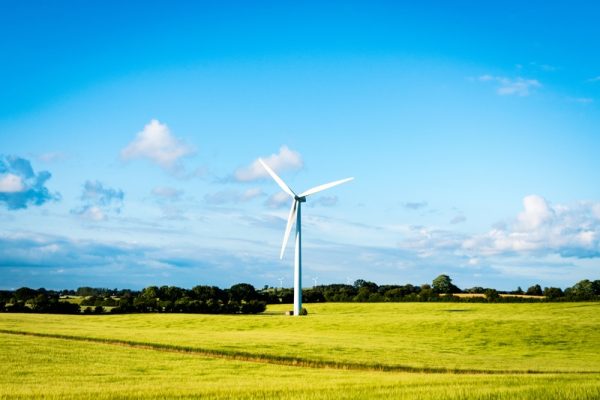 BOGOTA, May 11 (Thomson Reuters Foundation) – A lack of climate finance, electricity monopolies and now the pandemic’s ripple effects are slowing the Caribbean’s shift from economies run on fossil fuels to clean energy, banking and government officials said on Tuesday.

In the Eastern Caribbean, only 10% of energy comes from renewable sources and plans to promote the use of solar and wind power have been hampered by the fall-out from the COVID-19 crisis which has decimated tourism-reliant economies.

“We are reeling from the effects of the pandemic,” Timothy Antoine, governor of the Eastern Caribbean Central Bank, which covers eight island nations, told a U.N.-led series of climate events for Latin America and the Caribbean this week.

The economies of Eastern Caribbean island nations – which include Antigua and Barbuda, Dominica and Grenada, and are home to about 650,000 people – shrank by a record 14% in the past year due to the pandemic, according to Antoine.

“Ninety percent of our energy is fossil fuel-dependent, as a result of which we have a huge import energy bill,” he said, adding the rural poor are hardest hit by high prices.

“The Eastern Caribbean Central Bank has a vested interest in creating a green and resilient future for the Caribbean because we recognise the impact on our foreign reserves and on our businesses, on job creation and on households,” Antoine said.

Climate action plans agreed by the region’s finance ministers last year pledged to double the use of renewable energy from 10% in 2020 to 20% by the end of 2025, he said.

“That may seem to be modest for Latin America, but for us in the Eastern Caribbean that would be a big step forward.”

Progress in shifting to clean energy has so far “been extremely disappointing”, Antoine added.

“The existence of monopolies with no incentives to drive towards clean energy, inadequate legal and regulatory frameworks and financial constraints … are the three areas that really are the most important to address,” he said.

Climate finance for small island nations to boost renewable energy must be stepped up and is a “massive market” private companies can tap into, Antoine said.

“We have not seen enough climate finance flows to our region,” he added.

In the Caribbean islands of Saint Vincent and the Grenadines, plans to increase the use of solar power are underway but have been “drastically affected” by the pandemic, according to Lance Peters, a government energy official.

The pandemic has disrupted supply chains, delaying the arrival of solar panels and batteries, and prevented technical advisors travelling to the islands with about 100,000 residents.

“There have been a lot of delays. This has drastically hampered our ability to finish some of these projects, and also the manufacturers have increased their prices,” said Peters, who directs the government’s energy unit.

In Jamaica, climate action has been part of national development plans since 2009, said Ruth Potopsingh, a local energy expert and academic.

The focus is on shifting to a lower-carbon economy, including natural gas, from costly oil imports “that were hindering the country’s growth and development”, she said.

Moving towards a greener economy has been driven by policies to reduce petroleum imports, backed by government commitments.

“The political will and buy-in has been tremendous,” said Potopsingh, associate vice president of sustainable energy at Jamaica’s University of Technology, where she heads the Caribbean Sustainable Energy and Innovation Institute.

But, she added, efforts must be stepped up to incentivise Jamaica’s transport sector, which uses 30% of fossil-fuel imports, to switch to running on clean energy. (Reporting by Anastasia Moloney; editing by Megan Rowling. Please credit the Thomson Reuters Foundation, the charitable arm of Thomson Reuters, that covers the lives of people around the world who struggle to live freely or fairly. Visit news.trust.org)